The 6th Amendment to the United States Constitution provides that in all criminal prosecutions, the accused shall have the right to the assistance of counsel. While adopted in 1791, this right to counsel was not fully defined until the land mark case of Gideon v. Wainright in 1963.

Lee Roy Horton, Jr., was appointed to serve as the first Public Defender for the Tenth Judicial Circuit. He served from 1963 until 1972 in a part-time capacity while maintaining a private practice in Lake Wales, where he continued to practice law until 1986.

Mr. Horton was born in Painesville, Ohio and his family moved to Lake Wales when he was two years of age. He graduated from Lake Wales High School, Stetson University and Stetson Law School, where he served as student body president.

In 1972, Jack O. Johnson was elected to be the first full-time Public Defender for the Tenth Judicial Circuit. He served until his retirement in 1980. During this time, the Office of the Public Defender grew from 17 employees to over 50. The office also became responsible for pursuing all felony appeals before the Second District Court of Appeal.

Mr. Johnson was born in Wilcox, Florida, in Alachua County. He graduated from Florida Southern College and the University Of Florida College Of Law. During World War II, Jonson served as a naval intelligence officer and later was the first commander of the Naval Investigative Service, now known as NCIS. Before being elected Public Defender, Mr. Johnson practiced at the law firm of Holland & Knight.

Jerry Hill was elected Public Defender in 1980 and served one term until he was elected State Attorney in 1984.

Mr. Hill was born in Winter Haven, Florida. He attended Polk Community College and Florida State University where he received a degree in Criminal Justice. He received his law degree from Stetson College of Law.

In 1984 J. Marion Moorman was elected Public Defender. He was reelected, without opposition, every four years until his retirement in 2012. He was the longest serving Public Defender in the history of the 10th Circuit, having served for 28 years.

Mr. Moorman was born in Winter Haven, Florida and graduated from Stetson University and Stetson College of Law.

When he first became Public Defender, the office employed 75 people, including attorneys, secretaries, and investigators. By the time he left office, Mr. Moorman supervised a staff of over 140 including more than 75 lawyers who represented clients in the circuit and county courts of the Tenth Judicial Circuit, as well in the Second District Court of Appeal, the Florida Supreme Court, and the federal courts. 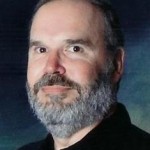 Mr. Dimmig was born and raised in Ft. Walton Beach, in the Florida panhandle. He graduated from Tulane University in New Orleans and received his law degree from the Florida State University College of Law. Upon graduation, Mr. Dimmig moved to Polk County in 1978 and began his legal career in the Office of the Public Defender. He has also served as an Assistant State Attorney and been in private practice. Mr. Dimmig returned to the Office of the Public Defender in July, 1988.